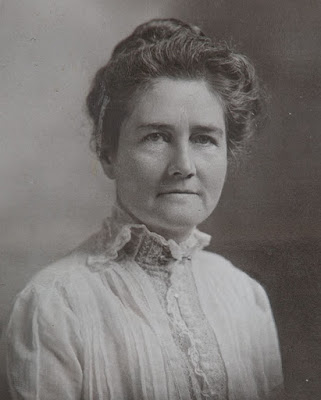 Nellie Coffman opened the kind of place that doesn't exist anymore--a sanatorium. Sanatoriums were used to treat tuberculosis patients. Before there were antibiotics, the only treatment for TB was rest and good food.

The sanatorium is on the lot where the boarded up Fashion Plaza is located at Palm Canyon and Tahquitz.

Eventually, Coffman needed a change from working with sick people, so she converted the sanatorium into a hotel--the Desert Inn. Everybody who was anybody went to the Desert Inn.

The Desert Inn closed in 1955 after Nellie Coffman died.
Posted by Matthew Bamberg at 9:41 PM

Comments are appreciated. That is what keeps blog alive.