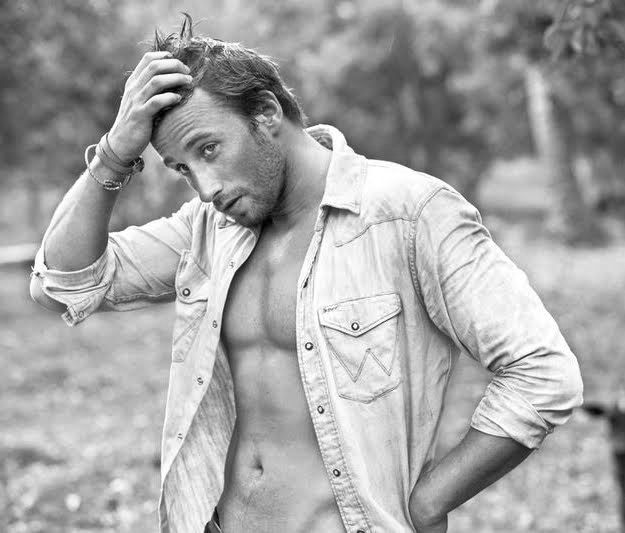 This is Matthias Schoenaerts. You probably never heard of him before because he is only well-known in Belgium.

Tonight he stars in Bullhead

a film about cattle farmers and testosterone, the later which is abused by the leading man, Jacky (Schoenaerts).

Schoenaerts gained weight and muscle mass for the role and is said to have internalized the character.

The plot sounds fascinating, but you'll have to follow the subtitles carefully on this one.

Posted by Matthew Bamberg at 5:11 PM