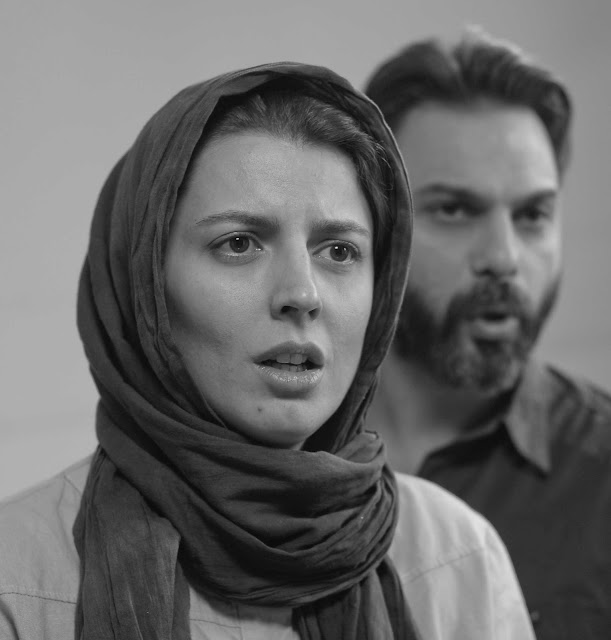 At last a woman actor of the day for the Palm Springs International Film Festival, and an Iranian at that! She's Leila Hatami, daughter of a well-known Iranian director, Ali Hatami.

The drama of her role plays out in A Separation when her character, Simon, gets separated from her husband of 14 years so that she can leave the country to explore better opportunities for her young daughter.

The plot grows more complicated as Simon's husband hires a woman caretaker for his father who is stricken with Alzheimer's, growing into serious legal tangles that give viewers a peek into the religion and law of Iranian culture.

Why is it when I write these things I end up buying a ticket. The Film Festival roars on.
Posted by Matthew Bamberg at 6:06 PM